The starting signal for the construction of a large-scale plant for the production of biofuels from sewage sludge was given on Wednesday (7.11.2018) in Hohenburg in the district of Amberg-Sulzbach. Commissioning is planned for the beginning of 2020. The guests were the District Administrator of the LK Sulzbach-Rosenberg, Richard Reisinger, the 1st Mayor of Hohenburg, Florian Junkes, the Director of the Fraunhofer Institute Sulzbach-Rosenberg, Prof. Dr. Andreas Hornung and the Project Manager TO-SYN-FUEL, Dr. Robert Daschner. At the invitation of the client Karl-Heinz Stiegler, the former World Rally Champion Walter Röhrl turned the first sod as guest of honour. 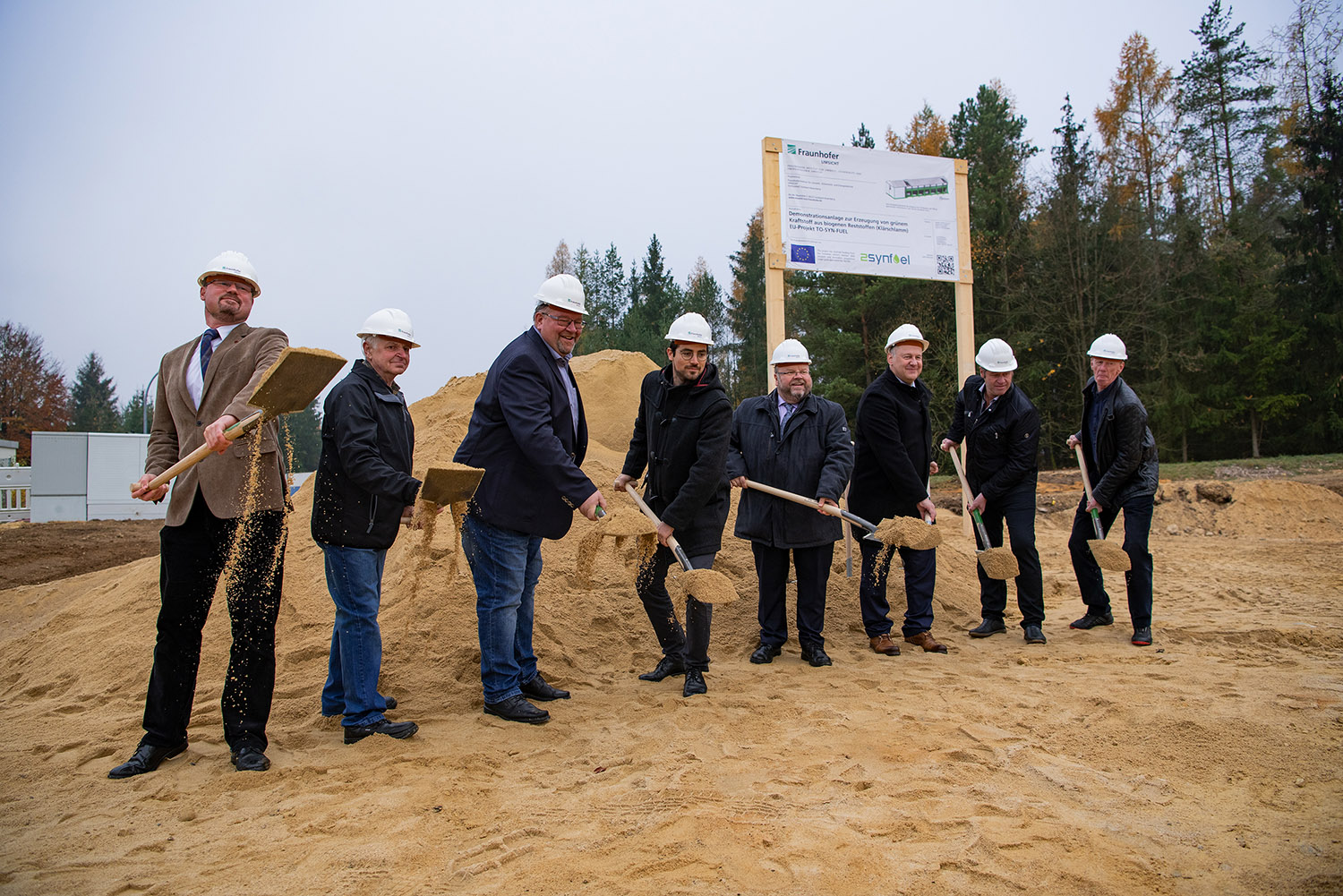