Members of twelve SME, industrial, and scientific partners, co-ordinated by Fraunhofer UMSICHT, and representatives of the European Commission participated in the first consortium meeting in Rotterdam, Netherlands, on the 26th of October 2017. Discussions took place regarding the progress of activities relating to the research project TO-SYN-FUEL which will operate and demonstrate the production of Synthetic Fuels and Green Hydrogen from waste biomass.
The project implements new integrated technologies in order to produce renewable liquid fuels replacing fossil fuels. These fuels are compliant with European standards for gasoline and diesel, and their production has already been demonstrated on a pilot scale.
The consortium meeting was hosted by the project partner ENGIE in its offices in Rotterdam, at the end of which, the consortium were given the possibility to visit the site of the future demonstration plant near Rotterdam.
Project partners decided to arrange the next consortium meeting during the 26th European Biomass Conference & Exhibition (EUBCE) in May 2018, Copenhagen. The 26th EUBCE will also host a dedicated project stand to meet event participants interested in the project activities.
It is possible to follow the project development and news through the website, www.tosynfuel.eu, and related social media. 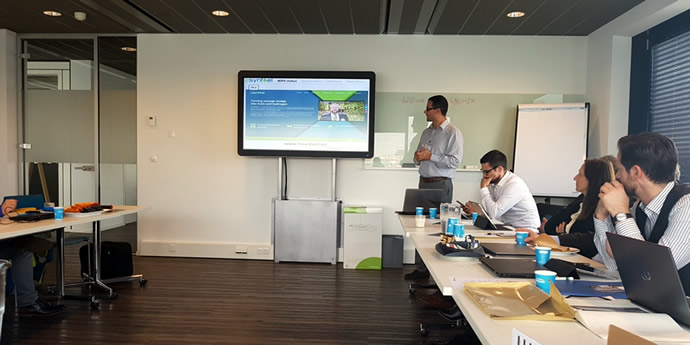 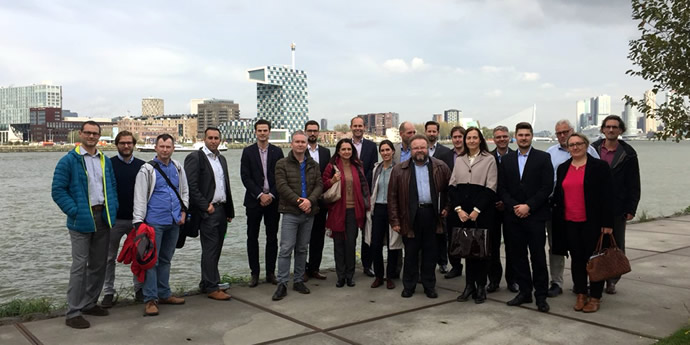